It’s raining. And my heart is raining, too, with tears of whirring. Im confused. Im afraid. Im anxious.

Im self-absorbed– I know, because who else will celebrate me? But Im neither selfcentered nor selfish. Yet, should I help myself stop being self-absorbed? Or should I only stop giving the means to the world to see this self-absorbed-tion? If only the latter, should I stop writing altogether? Because, in a way, writing about myself– writing a modern journal– is writing. Or should I write only of noteworthy things?

If I write only of noteworthy things, then it would be as if Im writing for someone else. Couldnt writing also be writing for oneself, and to hell with who reads it? Serendipity, after all, is magic.

I have many concerns like others have, too, Im sure. But would they already know when the concerns of the heart end and where the concerns of self start? Is it usually easily differentiable?

I know the reason for my self-absorbed-tion is largely intellectual. When one chooses to deal with Wisdom and Virtues, knowing about oneself is necessary. But up to what point? By how much? And would not being able to share Wisdom– or Opinions really– defeat the purpose of that journey then? Is curiosity not enough reason to such a life-long Truth Journey? And from here, how does concerns of the heart factor in? Do they even relate? In a life-long Truth Journey, how much of it must be living for others (helping others, giving out to charity, being around society) so that keeping to onself most of the time is ok (And how much of keeping to oneself is introversion)? When would my life daily take Tolstoy’s wisdom?

When does Wisdom come?

We believe in Science as if Science that we know it today created civilizations.  We believe in Science as if Science has been around for so long.  We believe that Mathematics have always started out w Science.  And we believe in the technology of that Science as if Philosophy, Science Fiction, chance, and exponential growth did not precursor it.  And, in unscientific fashion, since we believe that Physics today had always been and will always be the Science that it is today, we disprove everything else.  We let our definition of known Science conveniently define our realities.  In the attempt to not use any perspectives of organized Religions, we let Science become our only religion.

Engineers of the future will v likely regard physicists as how doctors today see Philosophy.

If Time is altered by another state or system, does it bend? How does it react?

What is information? What is knowledge? What good is information when it cannot be comprehended? How many ways does information physically affect us: neural, psychological, biological? HOw does information affect cells? Or does all cells in our body rely on what the brain advises them on? In that way, beliefs influence bodily functions then than Science as a whole. But how could that be possible? How powerful are beliefs that it can impose itself on Science?

Does changes in definition of certain ideas between generations a sign of the ability or state of comprehension to spatially expand? Or does it mean that comprehension is indeed a belief system for traditional definitions not to carry over to the next generations?

I think that if you treat ideas respectfully as they are– not based on popularity or breadth– they will not discriminate against you, the big ones and the small ones. Importance is nothing but our regard and not theirs. So that when the great undiscovered ones or the secretive humorous ones come knocking on your door or even just randomly pass by your window, Im sure theyll come make themselves known and be worth your while: properly, like how it is between mediums and existence; no power play, like between friends.

Sometimes the world is just our head–
really–
Before and after we go to bed:

A world that comes in gay red;

Even if she’s miles away,
She always come, the world,
Joyful or sorrowful, in gay red–
Joyful and brilliant and sorrowful,
Loving, in gay red.

A light smack:
My lips releasing
what my soul is thinking
at the moment of contact–
Each containing
what my mind understands
as geriatrics
what the heart regards
as romance;

There are things in life where size does not matter.  What matters is if there is or none, of love, of Faith, of care and kindness, of trust.  It matters that there is some.  Let God make heads and tails of sizes.  Let it not matter to us.

Somewhere outside of Time, we have existed all at once: no progression of time, no progression of our beliefs.  In living it seems that Time allows us to experience and comprehend things at the same time.  If there is consciousness after Death– where there’s still an ‘I’ perspective or the ‘I’ compounded to something else– then life results to a Consciousness that can answer certain questions.  Or, perhaps, what if living itself is the answer to a previously set of questions; where the answer then is the narrative of our life?

It would seem then that in the Venn Diagram of things, the null set of the universal set, ie cumulative unknown of all our unknowns, is as important as the necessity for living to fill one set as our own amongst other sets and subsets.

lying in her upper bunk, my nursing sister asked “How does the moon affect the oceans?”

“Tides,” i answered. “the gravitational pull of the moon create the waves.”

“and that’s why, many people moonbathe,” i continued. “because we, too, like the oceans, are made up of water. moonbathing gives you this kind of relaxing high, you know–” having at some point in my life reckoned how it must be similarly close to what Holly Golightly felt with Tiffany’s.

with a convinced look, she turned to me and said “ah, so that must explain it, then.. why youre crazy.”

over supper, just a few minutes ago, while having my fill of ripe mangoes, i thought to myself: these mangoes never change… reminds you of the good old days.

just then, my father grabbed one for himself. and seemed to be enjoying his when my sister suddenly commented about her fill, almost shouting, surprised: “ANG ASIM!” (or “TOO SOUR!”)

“well, that’s how mangoes are”, my father said matter-of-factly. “when i eat mangoes, I must expect them to be a bit sourly somehow.”

“well, i don’t,” i disagreed. “since yellow mangoes and green mangoes have the same sugar content anyways, i expect them to be sweet when ripe!” otherwise, what’s the point of the riping process, right? although at this point, i seem to be in another plane of existence since I was enjoying mine.

thankfully, my mother joined in on the picture, explaining that mine was sweeter because it was P40 more than my sister’s; that she bought mine different days from theirs.

just then, my sister shared an ampalaya story that happened the day before whose out-of-the-blue-ness seemingly ended the argument about mangoes. it went:

her schoolmate, while they were on hospital duty lunchbreak, shared her ampalaya baon.

“this taste different. and yeah, very nice”, Jen, my sister, thanked her schoolmate.

nice meant it didnt tasted bitter like how all bittergourds should naturally be, therefore implying that her friend must really be a fine cook. but…

“oh, that’s because, i added sugar to it”, came the ironic reply.

so everyone in our table laughed. it was really hilarious.

for different reasons, apparently, because just then, my father– the pedant that he is– said: “well, what’s the purpose of eating ampalayas then? ampalayas are suppose to be bitter.” and he added matter of factly again: “everyone expects that.”

although i completely disagreed with my father, he did have a point. about these expectations. so i just kept shut. and minded my sweet mangoes. until when, from out of nowhere, came:
“well, coffees are naturally bitter, too. so why do you put sugar in it?”

while on LMAO, i realized that the sound came from my sister.

apparently, she check-mated Pa with the ampalaya story, and won the game in two moves.

as expected from the daughter of my pedantic father, hahaha. 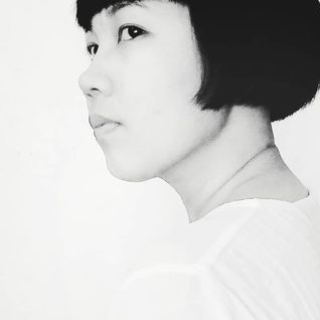 I write. To not burst at the seams. Because Im young to be old enough. Que soy gitana.

I was musing in writing one day (05012016) and my last paragraph sounded and visualled poetry. So I refashioned it into a poem and it's been one of my favorites eversince, especially when I pasted it on top of a photo I took of a street art by Nate Frizzell in urban-corporate BGC.
Windy.
Mirroring.
Dec 24 AM, 2020 , Comembo [commercial center], Barangay Rizal, Makati: First sighting, purple chili pepper. See the pot next to it, the purples turning white. See the hawker's tricycle, an imported kind that's gaining popularity for private use.
Thanks to online shopping and WFH, I rarely need to venture out beyond the small talipapa at the end of our street and the 7eleven on the other end. I needed to send a package earlier so I had to go out.
I could never find my angle. So while I was readying my stuff for my longer mis#adventures , I also tried to practice getting my angles down pat. Yet, I still ended up leaving my selfie stick behind, and not knowing-- never knowing *sigh*-- my angles.
filorientality
Create a free website or blog at WordPress.com.
Loading Comments...